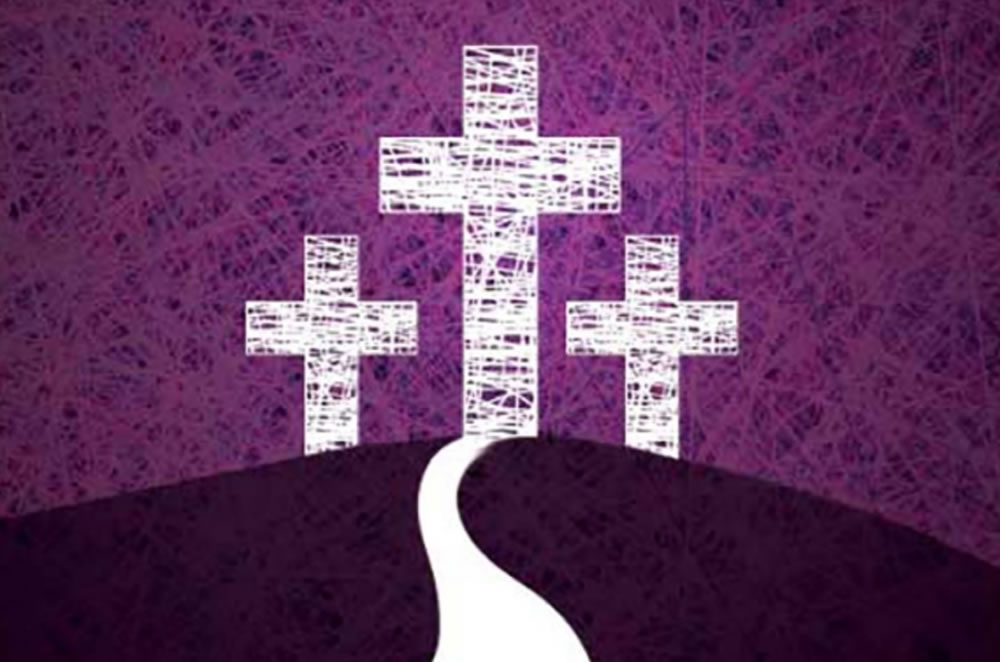 The final days of March fall in Holy Week – the week preceding Easter. We remember the last days of the life of Jesus.

Early in the morning surrounded by respectable liars, religious leaders, anxious statesmen and silent friends, you accepted the penalty for doing good, for being God; you shouldered and suffered the cross.

Whenever I visit primary schools to talk about the Christian faith, pupils inevi-tably ask me why Jesus was crucified. It’s a very good question.

Seen from one historical angle, Jesus was crucified because he made reli-gious claims that were considered blasphemous. At his trial he was accused of describing himself as ‘the Son of God’. That is one reason why Jesus was crucified.

Others would say that Jesus was crucified because he voluntarily chose the path of non-violent martyrdom. ‘Like a lamb that is led to the slaughter […] he did not open his mouth.’ (Isaiah. 53:7) That too is a reason why Jesus was crucified.

Finally, many Christians would say that Jesus was crucified because this was necessary for our salvation. He chose to pay the penalty for our sins.

From the earliest days of Christianity, the cross has been of great importance. So much so, that this instrument of execution soon became a symbol of victory, and the final Friday became ‘Good Friday’.

This is quite extraordinary, when you think about it. Crucifixions took place on a daily basis in first century Judea. Many a ‘messiah’ suffered the ruthless wrath of the Roman justice system. So, perhaps the most pressing question is not ‘Why was Jesus crucified?’, but, ‘Why do we still remember this one cruci-fixion?’ Why do we still know about Jesus? Which soon leads us to another question: ‘What really happened on that Easter morning?’. Perhaps that’s the key to it all...

Early in the morning, a voice in a guarded graveyard and footsteps in the dew, proved that you had risen, that you came back to those and for those who had forgotten, denied and destroyed you.

I'm a bit of a potaholic

Have you ever looked a Gannet in the eyes?

An Easter people with a song to sing