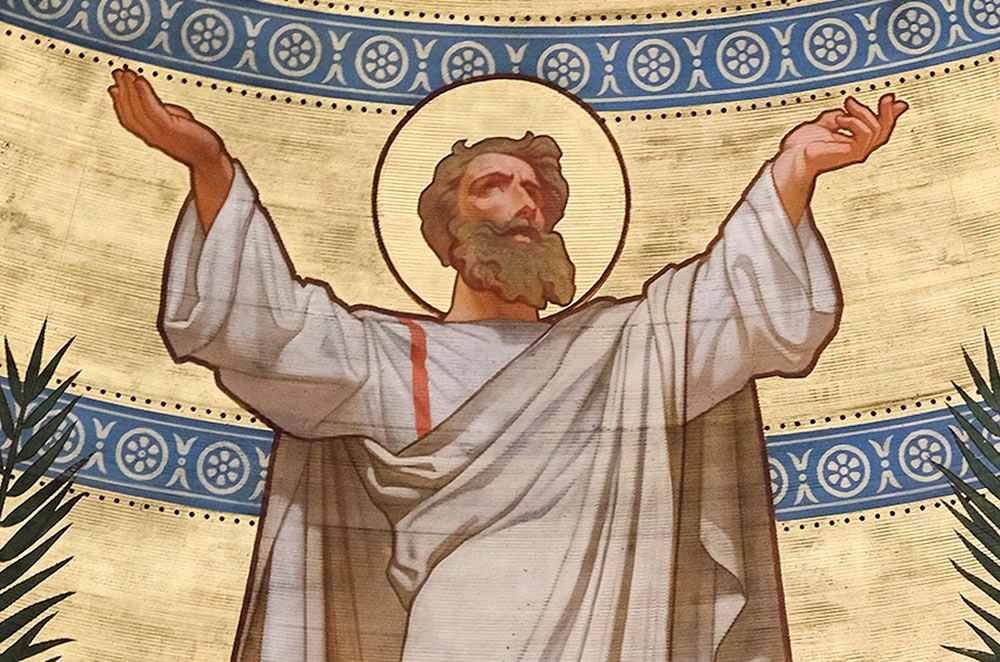 This month we celebrate the “Patronal Festival of St Thomas”. Those of you who are Harry Potter fans will know of the term “patronus” or “patronal charm”. For those of you who don’t, it is a form of advanced magic which even the most qualified wizards can struggle with. It is a spell which creates a kind of positive force of hope, happiness and the desire to survive.

A Patronal Festival however, is a yearly celebration dedicated, to the "heavenly advocate" or "patron" of the location holding the festival. For us here in Osbaldwick and Derwenthorpe it is St Thomas, whilst in Murton it is St James, and we will celebrate his Patronal Festival later this month (see p5 for details of this service). Some might say a Patronal Festival is the birthday of the church celebrating their patron saint.

So, who was Thomas and what did he do? He was one of the apostles mentioned in The Bible and his significance is revealed in John’s gospel. Thomas is heard urging the other disciples to follow Jesus, even though he didn’t really understand where they were going or why. He did not be-lieve the reports of the resurrection and proclaimed that unless he touched Jesus’s wounds he would not believe. When Jesus did appear before him and specifically asked him to touch his wounds, Thomas said to him “my Lord and my God” thus being the first person recorded to rec-ognise and acknowledge Jesus’s divinity.

So why did Jesus choose Thomas to be one of his twelve? You might be surprised to learn that he didn’t choose “yes” men, or perfect men to be his disciples – he chose men, such as fishermen, tax men and others who were flawed, had lived ordinary lives and experienced life rather than reli-gious leaders whose way of life would no doubt have been very different.

No-one is perfect, and we all make mistakes – and indeed some of the apostles did make some pretty big ones, remember Peter and Judas? However, Jesus himself constantly showed examples of a positive force of hope, happiness and yes, a desire to survive through everything that he did. He chose his disciples with the knowledge that we would be able to learn from them (and their mistakes) and try better to follow his example and become more Christlike in our own lives. May we all live with this hope.

Blessings and peace to you all

Prayer is a universal phenomenon

Don't settle for a chocolate egg

Spring is on its way!